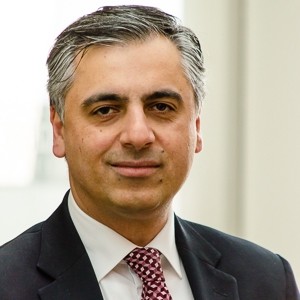 Payam Akhavan is an international lawyer and professor at McGill University in Montreal. He is a Member of the Permanent Court of Arbitration at The Hague and a designated arbitrator/conciliator at the International Centre for Settlement of Investment Disputes (ICSID) of the World Bank Group. He was previously Legal Advisor to the Office of the Prosecutor of the International Criminal Tribunal for the former Yugoslavia at the Hague and Special Advisor to the International Criminal Tribunal for Rwanda, the Historical Clarification Commission for Guatemala, the UN Transitional Authority in East Timor, the Khmer Rouge Tribunal Task Force of the Royal Government of Cambodia, and the Fujimori Investigative Commission of the Peruvian Congress. He also served as UN human rights officer in Bosnia-Herzegovina and Croatia during the Yugoslav war and was appointed to missions of the Organization for Security and Cooperation in Europe by the European Community Presidency. He has served as legal counsel in cases before the International Court of Justice, the International Criminal Court, the European Court of Human Rights, and the Supreme Courts of Canada and the United States. Akhavan currently acts as Senior Fellow to the Raoul Wallenberg Centre for Human Rights.