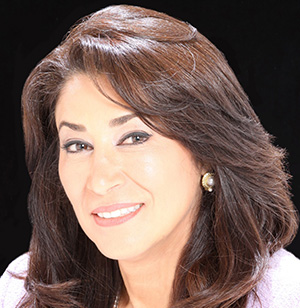 Mariam Khosravani is the Founder of the Iranian American Women Foundation and the Executive Director of the Coastline Community College Foundation. For the last 15 years, Mariam has been active in the field of philanthropy as a consultant, speaker, and trainer, and has raised millions of dollars in funds for various local, national, and international organizations. Her contributions to the community and passion for service were recognized with the Ellis Island Medal of Honor in 2015. In addition to being appointed by the Mayor of Irvine as the Community Services Commissioner for the city, Mariam has also served on a number of boards, including the Public Affairs Alliance of Iranian Americans (PAAIA), the Public Broadcasting Station (PBS) SoCal, the Association of Fundraising Professionals (AFP), and the California Community College Foundation. For two years, Maryam was the Chair of the Investment Council for the United Way of Orange County.